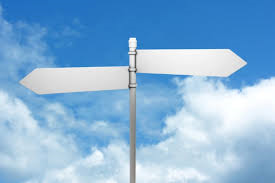 Genes are a funny thing. I’m not sure just how much they have to do with mental health but if I had to hazard a guess based on my own lineage I’d say they are instrumental.

While it was never actually articulated , my dad definitely lived with both depression and anxiety, I know this now with the gift of hindsight, and not just because I asked my nurse friend what his prescription drugs were for. He spent weeks not leaving the house except to drink at the weekends and then crawl back onto his bean bag in front of the tele until the next weekend arrived.

My mum’s a  funny character and again when I revisit my childhood, adolescence and young adult years, I can attribute much of her behaviour to the same demons. She was so anxious when her house was for sale that she hid in my brother’s wardrobe while the agent showed potential buyers around. We spent time told to be silent and lay down on the floor when visitors knocked at our door, friends were not allowed to stay for meals and sleepovers were out of the question. One of my biggest regrets is from the time when she passively attempted to end her own life by not treating her diabetes, and ended up very very sick in hospital. When she was eventually moved from the ICU to a ward to recover the nurse asked me did I think she was depressed ( dad had died a nasty death two years prior) I answered no. I had not yet even began to understand my own battles at that stage so I certainly couldn’t recognise them in anyone else. I was swamped with my own grief from losing dad and was in no position to comment on anyone’s else state of mind. Mum is still reclusive, guarded, overly private and confidential and I wonder now if she’d got some support back then would  her years have panned out differently?

I finally realised I wasn’t okay after listening to Andrew Fuller, a prominent psychologist, talk about mental well-being. He talked about ways to check in with yourself and one resonated deeply with me “when did you stop singing in the car?” As well as being a boating family we were always a family with music around, the radio always on and mum and dad singing when they were in good spirits, and dad whistling his way around the place too in his lighter days. I have always loved a good sing and in the car on my own was and continues to be no less attractive than with friends and family. So when I heard these words my journey of self awareness began. My next clue was a friend pointing about my extreme weight loss as I was obsessed with walking the hills around my house, the biggest clue was when I thought I might like a ‘minor’ car crash, I didn’t want to die, I just wanted to be left alone for awhile.

I could go on for pages about my brothers, we’re a boating family and it’s suffice to say that they are definitely in the same boat as they rest of us, possibly a little further out to sea though…

Enter the next generation, my children. Fabulous, gregarious, intelligent, funny, caring they almost sound too good to be true. But my daughter hasn’t escaped from the tendrils of anxiety. She even succumbed to the Black Dog in grade 7. But I always knew this about her, I saw the signs being a consummate anxiety sufferer by now, she knew I suffered too and so she told me when she was not ok. She told me!

My boy though, he didn’t tell me, and I didn’t ask. We had what I thought was a great open relationship- he told me lots of things, which I now think of as distractors, deflectors from the real him. Through his writing he has now told me that he’s right there alongside the rest of the family, for better or worse he’s trapped in the web of inane insecurities, constant self reflection and the battle to simply feel content.

So where to now? I can choose to wallow in self doubt about my parenting, dive head first into a bubbling pot of self deprecation, and finally drown under  a tidal wave of self hate. Or I can remember that it’s ok to feel anxious sometimes, that the feeling will go away, that there are more highlights than bloopers in the film reel of my life so far, and I can share this with my son so that he too can rise above and break out from the web of fear and apprehension that anxiety weaves. I choose option two!